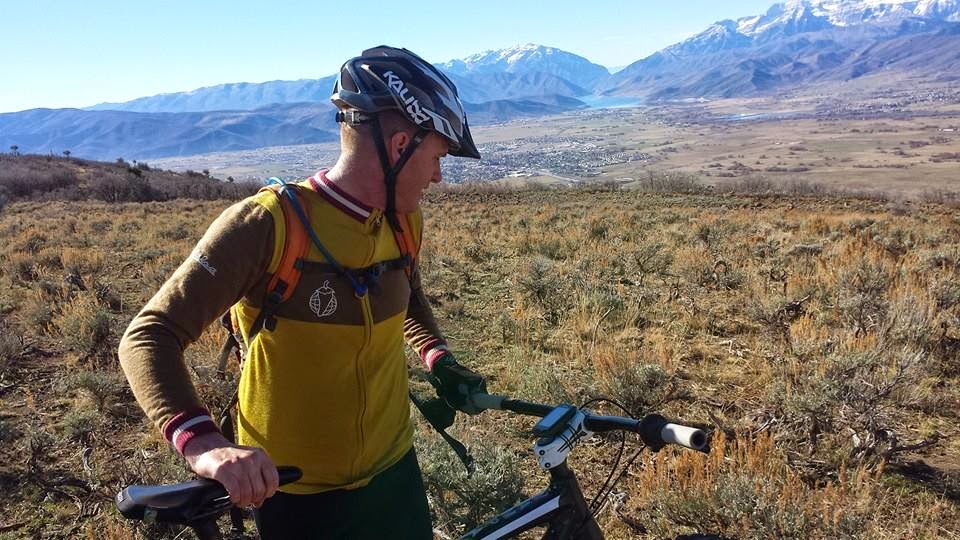 November seventh, 2014 was a perfect day. The crisp autumn air was tempered by the warm rays of sunlight descending from a nearly cloudless sky. The mountain biking trail started out with a daunting climb, 40 switchbacks filled with roots and rocks. It was sure to test the strength and skills of even the greatest riders.

Jake and his fat bike with 5 inch wide tires answered the call of the trail and attacked the root and rock filled climb. With seemingly super hero strength and agility Jake clear the top of the mountain. Then the fun began. Jake descended down the leaf covered trails, crossing fields of snow, and skillfully hoping up and over the deadfall trees blocking the trail.

I followed trying to keep Jake in sight. Through the aspen and oaks I had to be careful that the trees didn't grab me by the McLeod and yank me off the bike. Watching Jake round the switchbacks as we descended out of the trees and back into the exposed rocky trail, if it was an Olympic event he would have scored a 10 on the switchback.

Once onto the rough and rocky hillside trail it became even harder to keep up. Jake floated over the rocks making it look effortless. Yes he is that good.

And yes November seventh 2014 was a perfect day.
Posted by Dpburton at 1:17 PM