Posted by Dpburton at 2:37 PM No comments:

Man it was cold this morning! I gave my toes frostbite last year on a winter scout camp, and now they get frozen real easily.

When I left the house the thermometer said it was 10˚, which isn't as cold as it has been on other days, but the humidity was a lot higher so the wind chill was much worse. Then as I got closer to Saratoga Springs the fog got real thick. 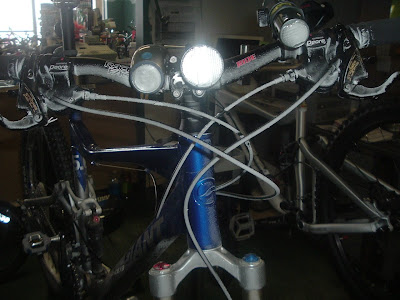 The hot springs in Saratoga Springs always makes the fog here worse. As I am riding through the fog I start to turn white as the hoarfrost builds on me and my bike. So today's picture shows a bit of the hoarfrost stuck to the brake/shifting cables.

It is amazing how out of shape I get after a little time off. I rode the mountain bike home yesterday and it showed how much I have lost since I quit commuting by bike because of the icy roads. This makes the commute by the Hybrid bike even more of a success (see yesterday's post).

This morning when I got up it was 8 degrees out side, but just before sunrise it had gotten up to 18. So I figured I would wait awhile before going to work so the sun could warm things up some more. However after the sun had been up for a while and it was time I had to leave the temperature had dropped back to 8. With enough layers though the ride wasn't bad.

Anyway it is great to be back to biking to and from work.

Posted by Dpburton at 1:41 PM No comments: 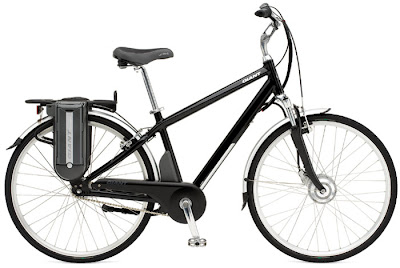