It definitely feels like spring, perfect weather for biking. We rode South today. I think it was the first time that I appreciated the single track. Every time before I have been too concerned about the drop off. 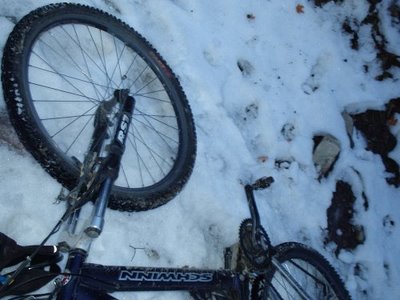 There is one really challenging hill on this ride. Today was the first time I felt like I might someday be able to climb it. Today's picture is from Jan, but is a nice reminder of what we are leaving as we head into spring.
Posted by Dpburton at 11:26 AM No comments: 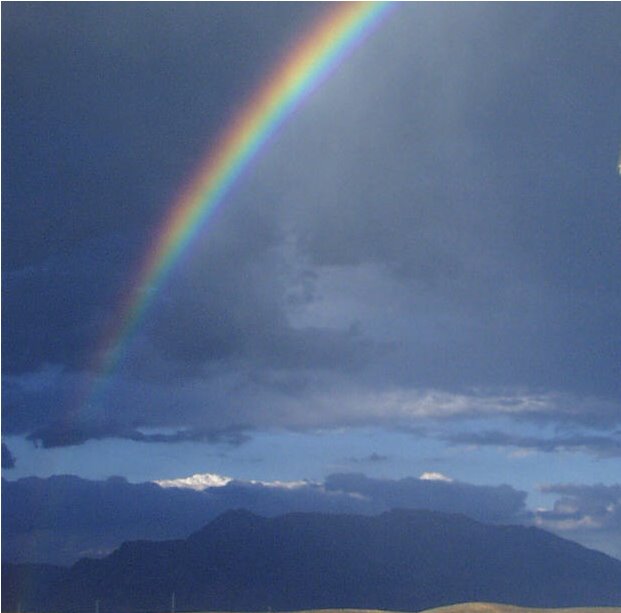 It turned out that I was gone for more that 3 hours but only had 2:22 of ride time. When I was all done my legs were more tired then they have been in a long time, so I guess it was a good strength building ride.
Posted by Dpburton at 9:47 AM No comments:

The snow has melted of the trail up Slate Canyon, but now it is getting mushy. Even though the trail is so rocky that it never really gets mud that sticks to the bike it get so soft that it makes it real hard to pedal. Also today a huge rock fell onto the trail. I'll have to remember to bring the camera and get a picture of it. 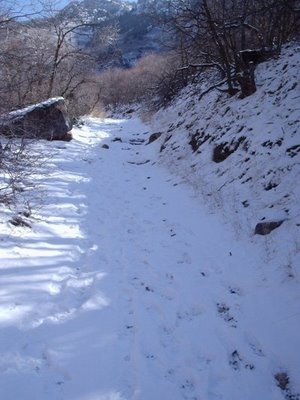 This image is from a few weeks ago. This snow is now gone.
Posted by Dpburton at 3:43 PM No comments: