John didn't show up for Spinning this morning. Tomorrow is my day off so I am going to eat some breakfast and then try doing the 20K and 5K distances of a sprint. I have been running after the Spinning, but I think I am taking too much time between the two to count as a brick. So I will leave my shoes by the door so I can do a quick transition from bike to run.

I don't know the difference between a K and 1024 bytes, so I changed my Garmin to metric to get use to it.
Posted by Dpburton at 7:13 AM No comments:

After this morning's Spinning class it took a little while for everyone to leave so I was really tempted to skip the run and claim it was a day to let the legs recover. But I figured that if I started using excuses I would fall into the trap of not getting out, so I went for the run.

The nice thing though was when I got out and started running the standard route, to Pioneer crossing and back, didn't seem like enough. I was really tempted to go longer, but stayed on routine. 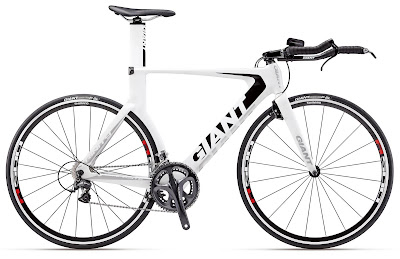 My bike: I was planning on getting a Trinity Composite 1 as my bike, but this bike is in such high demand that I could not get my EP price on it. 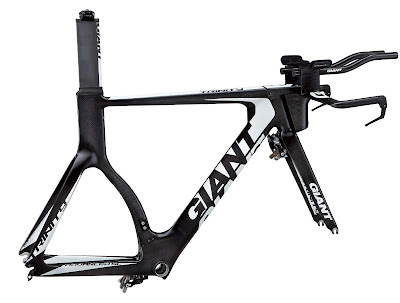 So I am going to be getting a Trinity Advanced SL frameset and then building up the bike.
Posted by Dpburton at 9:02 PM 2 comments:

The roads were snowy this morning, but I stuck with my plan and biked into work, followed by an hour Spinning class and then the 1.77 mile jog. My legs felt better than I expected. I felt like I could have gone further.

I was talking with John about my plans and so he ran with me this morning after Spinning class. I think I lured him into this plan to do a ironman with me.

So we started looking at different Ironman events. The St George Ironman is close, but the timing isn't right and $600 entrance fee is out of my budget. There are other events like the Vineman in California, but by the time you figure in travel and everything that is out of my budget also. So now I am thinking we put together our own Ironman distance event. The key for me is to do the distances, but I don't really need to have it be an official event.

The cool thing is my Pony Express Century route works out to be 112 miles which is the correct distance for the bike. So if we start at the Saratoga Springs marina, swim 2.4 miles in Utah Lake, bike the Pony Express Century loop, and then run out to the Jordan River trail out 13.1 miles and back, we would have an Ironman distance course.

I'm thinking if someone wants to organize this into an official event I'll work with them on that, otherwise I'll just see if anyone wants to do it with me as an unorganized event.
Posted by Dpburton at 9:48 AM 2 comments:

My son has been trying to talk me into doing an Ironman for a couple of years now. I've finally decided that I will start getting ready to do it. I know I can bike the 112 miles, I may be able to swim 2.4 miles, but I know right now I could not run 26.2 miles.

So today after doing my normal hour Spinning I went for a jog down the road and back. I know it isn't far or fast but I need to get my legs use to running instead of just biking. I think I will continue with short jogs like this for this week and then up the distance next week.