Before I left on my expedition to the South Pole I got a lot of advice from people. Biking to the South Pole is a seemingly impossible task. I assume these people were honestly concerned about my welfare. This is part seven of nine posts looking at some of the advice I was given.

I actually came across this quote after I had finished my expedition. 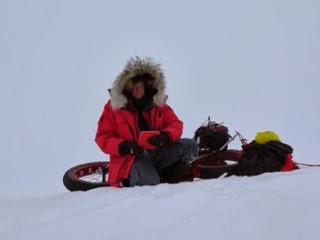 “Man often becomes what he believes himself to be. If I keep on saying to myself that I cannot do a certain thing, it is possible that I may end by really becoming incapable of doing it. On the contrary, if I have the belief that I can do it, I shall surely acquire the capacity to do it even if I may not have it at the beginning.”

I can't think of a better way to say this. Before I left on my expedition I made a conscious effort to nurture the belief that I could do this expedition, and avoided anything that would be akin to saying I was incapable of doing it. For me Mahatma Gandhi was 100% correct!