Great Way to Start the Day

Starting the day with a trip up Slate and down Slide is great! The sun broke over the mountains just as we reached the pass. You couldn't ask for anything more beautiful. 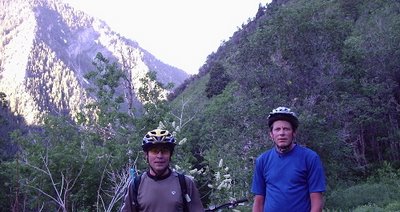 I think the most important thing I have learned this year is how to rest while still climbing. One week we climbed to the Y three days in a row. Each day I did a little better than the day before. My biggest problem was that I would get tired and then start pushing hard and run out of energy. On the last day I followed right behind Layne forcing myself to not pass him. It was difficult but I think this is what finally taught me to be able to rest and climb. Sometime later we were going up Slate Canyon and I was in front. The pressure to keep the right pace and not give up on the hills was high when I could feel Layne right behind me.