The snow up American Fork Canyon is officially deep! 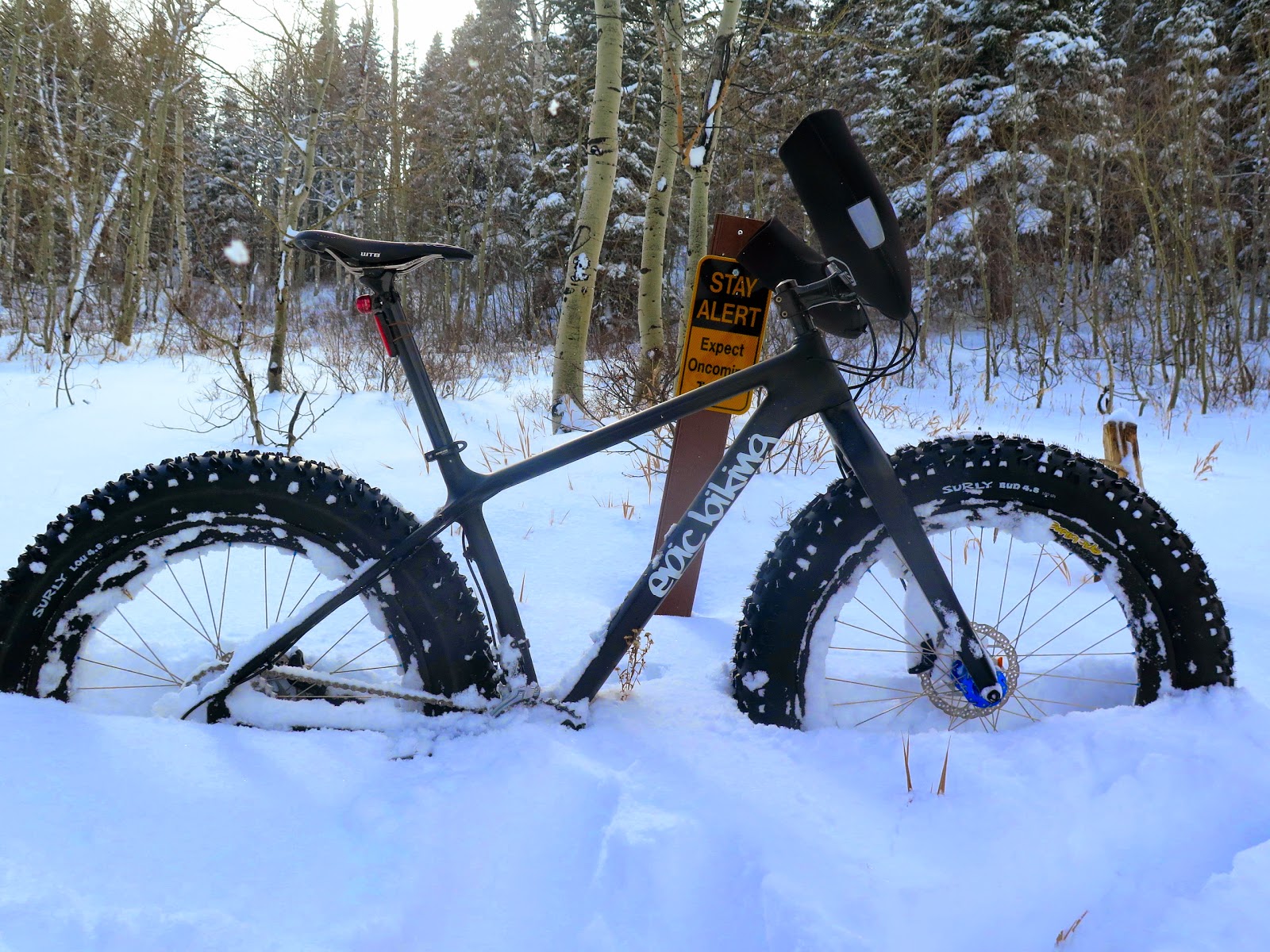 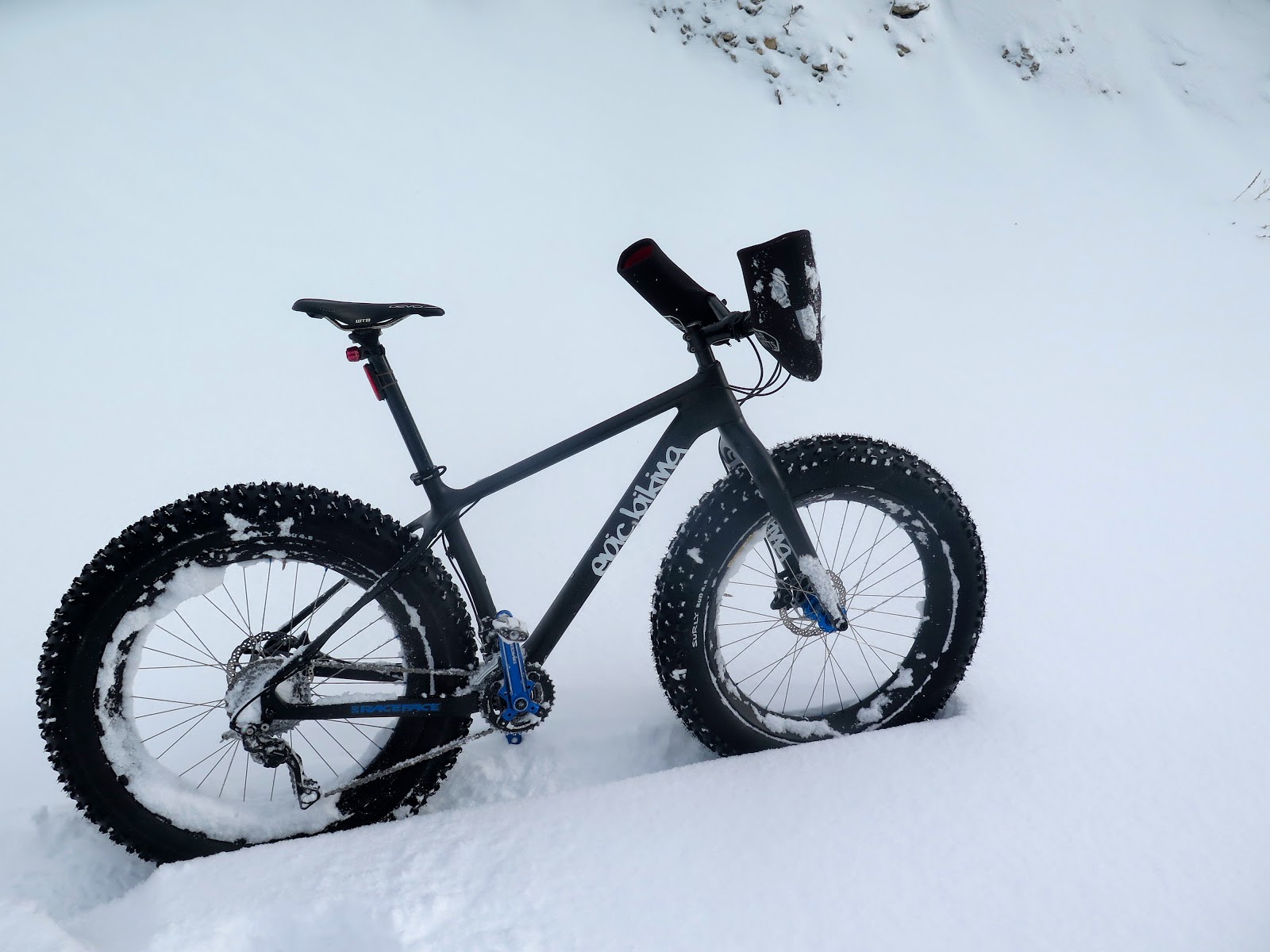 Several people had posted pictures and stories about their rides up the canyon over the weekend. There were stories about two feet of fresh snow and having to push the bike both up and down. More snow must have fallen over night and filled in any tracks they left behind. 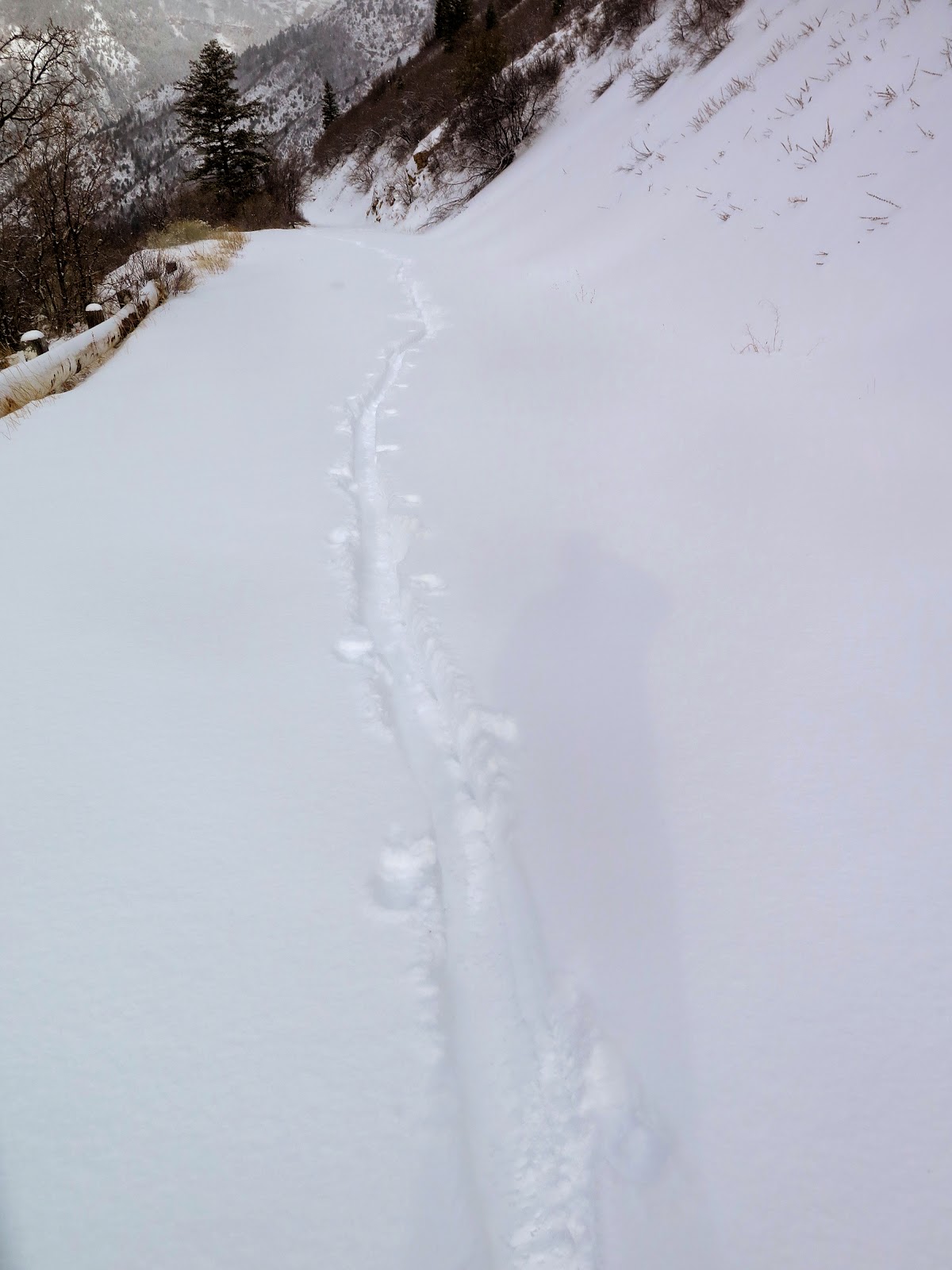 It was rideable to start with, but before long the snow was so deep that each pedal stroke left a footprint in the snow on either side of the tire tracks. 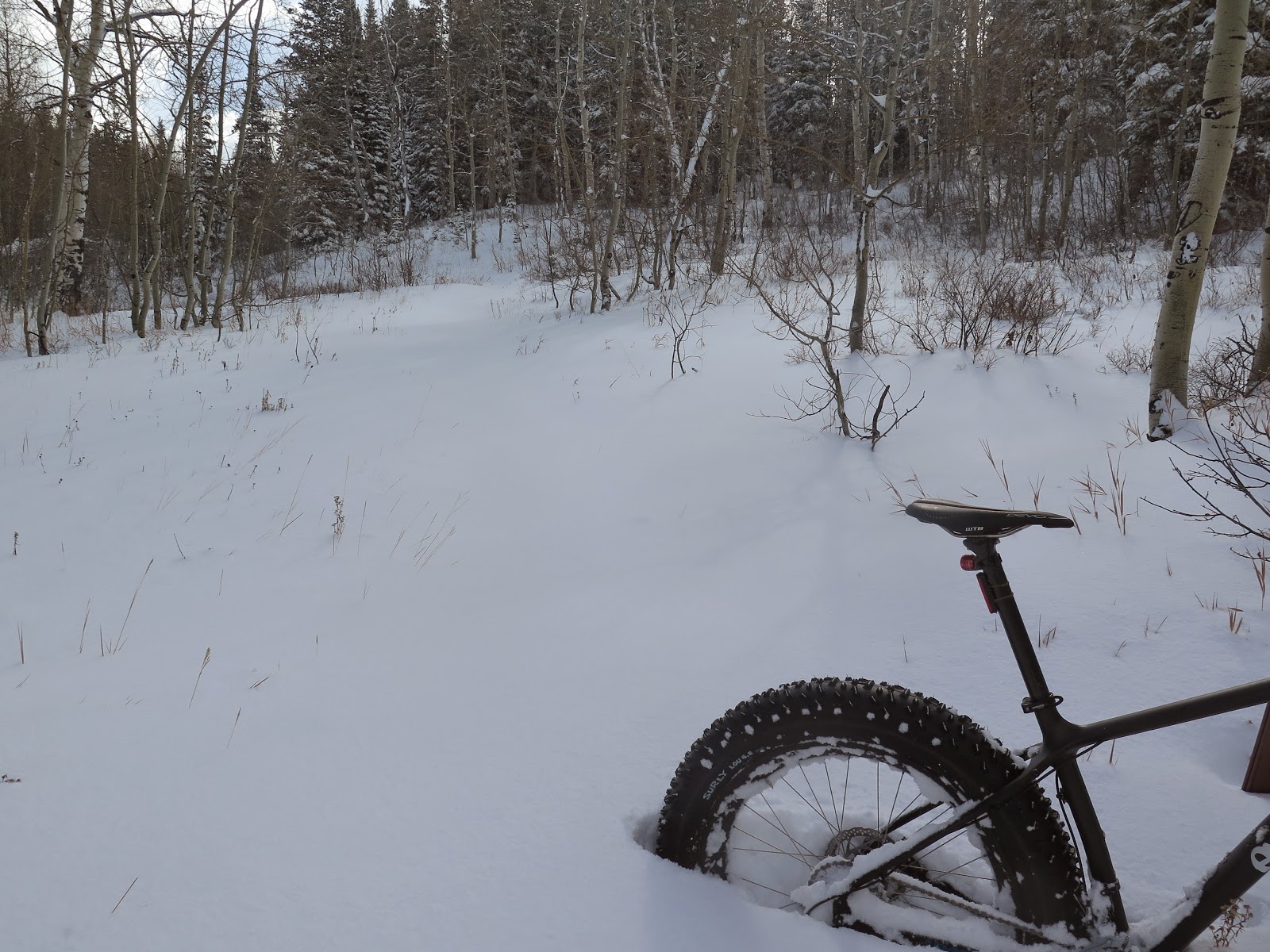 Eventually the snow got so deep that the chainring was dragging in the snow and I had to get off and push.

And yes even going back down required some pushing.
Posted by Dpburton at 3:51 PM