On Saturday November 29 Epic Biking will be hosting the Saturday Fatter-day Charity Bike Ride. The ride will start at 7:30 AM at Epic Biking in Saratoga Springs and go to the top of Traverse Ridge and back to Epic Biking, about 27 miles round trip. Riders are asked to bring non-perishable food or a cash donation, that will be donated to the Utah Food Bank as an "entrance fee" for the event. 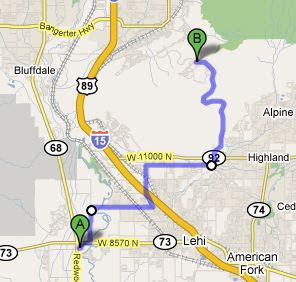 Can a little bike store compete with the big guys for Black Friday?

Can a little bike store compete with the big guys for Black Friday?
I've been told no, but I can't resist trying. So here is the offer:

Free Cat Eye computer/light box set with purchase of any bike with 24" or larger wheels. 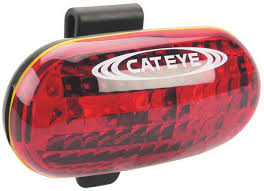 Or a Free Animal Horn with purchase of any bike. Value $10.00

Limitations: One free offer per bicycle purchased. While in stock supplies last.

This can be combined with our Simple Layaway Program: 10% down holds the bike. You don't have to hide the bike, or put it together on Christmas Eve. And we don't charge any fees for layaway.

Posted by Dpburton at 3:02 PM No comments:

I got a reply to an email about the bike park requesting to be removed from my mailing list. Of course I immediately removed him from my list but something in his email just got me thinking. He said, "I didn't want the ... park in my nieghborhod [sic] and I don't want it rubbed in. I feel that there will be too much traffic and a hazard to inexpearienced [sic] riders."

Things have changed a lot since I was a kid. We never wore a seatbelt, or a helmet. I now wear a helmet when riding my bike and my seatbelt when in a car. I am sure I would be dead had I not been wearing my helmet when I broke my nose. His comment though made me consider what it would be like if we hid inside, living our lives vicariously through movies or video games, so that we don't risk injury. A very sad thought but practically true for some.

Anyway, I have decided I much prefer living an active life, than sitting around being scared I might get hurt.
Posted by Dpburton at 10:45 AM 1 comment:

Thursday night just as I got home, I saw something I have never seen before, and not sure if I will ever see again. The moon was full and there was a rain storm coming in from the west. Looking at the clouds there was an arc of white in the clouds. I thought maybe it was a rainbow caused by the moon light, so I had my family come look at it. When they all came out, the rainbow was better defined and you could tell it was a rainbow, except the only color you could see in it was the whitish moon color.

The digital camera was sitting on a tripod in the family room so I rushed it out and took a 15 sec exposure picture. It was amazing. In the picture the colors of the rainbow revealed themselves. It may have been the best picture I have ever taken. However there was no memory card in the camera, so after displaying the picture on the preview screen the camera then tossed it to bit heaven.

I ran back into the house and found the memory card, but by the time I got it in the camera the rainbow was gone.

Thinking about it, the only time you could see a rainbow like this would be to have the following:
I did some searching on the internet and found a few pictures of moon rainbows using a waterfall. Cool, but not quite the same as a rainbow made by rain and the moon.
Posted by Dpburton at 11:08 AM No comments:

I found a new trail that looks like it is trying to get to the top of Lake Mountain. I guess I need to bring my camera and GPS next time I head out on this trail. So far it only goes a short distance, but I'm sure if I keep riding it someday it will reach the top of the mountain.

On the way back down I went down the northern down hill trail that I guess people are calling the Flintstones trail.

They have added a few wood features to it. The first one caught me off guard so I didn't ride it although it was mild enough I could have. There was one wood feature that I did actually ride over, but it was the widest and easiest feature on the trail. You sure can tell a lot more people are riding this trail than the south trail which looks like it hasn't been being used at all.

There were a couple of the corners on the Flintstones trail that look like they are holding puddles and were just a tad muddy. I need to bring some tools with me next time so I can help improve the trail.
Posted by Dpburton at 10:51 AM 1 comment: