Before I left on my expedition to the South Pole I got a lot of advice from people. Biking to the South Pole is a seemingly impossible task. I assume these people were honestly concerned about my welfare. This is part nine of nine posts looking at some of the advice I was given.

I was a chaperone at my son's senior all night party. Over each classroom door there is an inspirational quote. This is a quote from one of those doors: 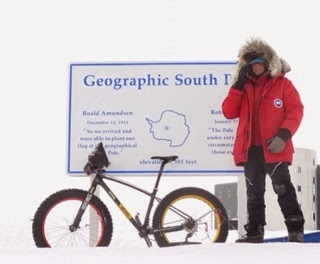 Don't be afraid to make the effort.